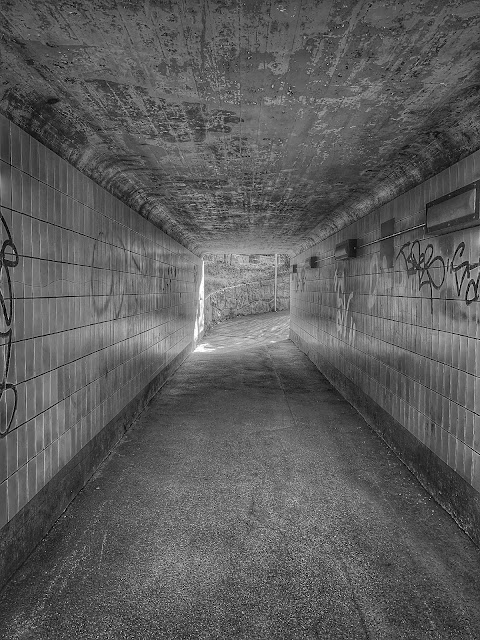 For photographers, finding a vanishing point , or an implied vanishing point in nature or human-made environments can result in a very sharp compositional opportunity. While they are often found in long roads, tunnels and tall buildings, the collection below shows that wherever they are, a good photographer can turn them into a powerful image.
Post a Comment
Read more 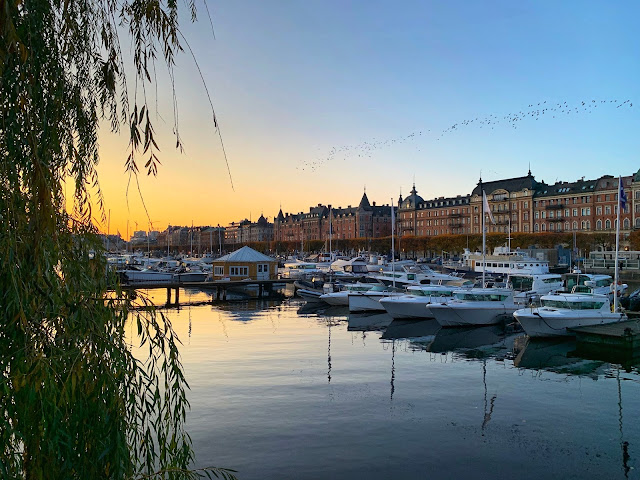 Strandvägen is a boulevard on Östermalm in central Stockholm , Sweden. Completed just in time for the Stockholm World's Fair 1897, it quickly became known as one of the most prestigious addresses in town. Strandvägen Sundown
Post a Comment
Read more 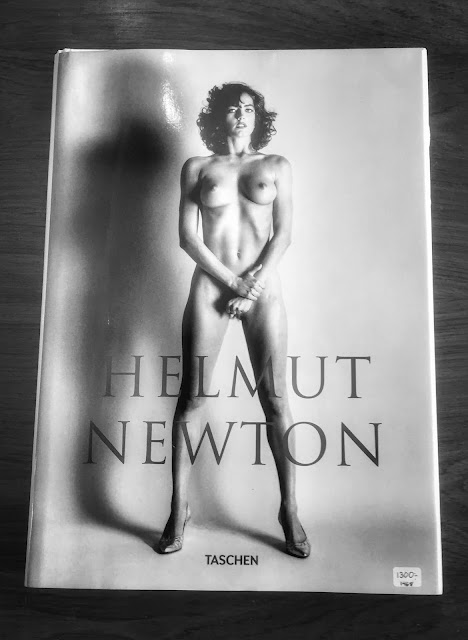 The Helmut Newton SUMO was a titanic book in every respect: it broke records for weight, dimensions, and resale price. At 35.4 kilos, TASCHEN and Helmut Newton created a landmark book that stood head and shoulders above anything previously attempted, both in terms of conceptual extravagance and technical specifications.  SUMO - Ny Helmut Newton Published in an edition of 10,000 signed and numbered copies, the SUMO sold out soon after publication and quickly multiplied its value. Copies now feature in numerous important collections around the world, including New York’s Museum of Modern Art,while legendary SUMO copy number one, autographed by over 100 of the book’s featured celebrities, broke the record for the most expensive book published in the 20th century, selling at auction in Berlin on April 6, 2000, for 620,000 German marks – approximately €317,000. A decade on from its first appearance, the XL SUMO brings this unprecedented publishing venture to an even wider audience with a l
Post a Comment
Read more 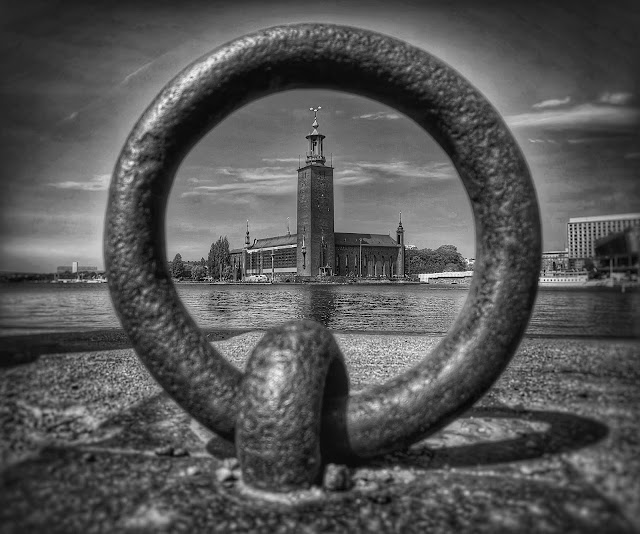 Some of the best subjects for monochrome shots are those with lines and shapes, as well as interesting textures and patterns. After all, these are what viewers will take notice of when colors are taken out of an image.  Stockholm City Hall Stockholm Swimmer So, if you have an image that is full of textures but bombarded with erratic colors, your best bet is to go monochromatic .
Post a Comment
Read more 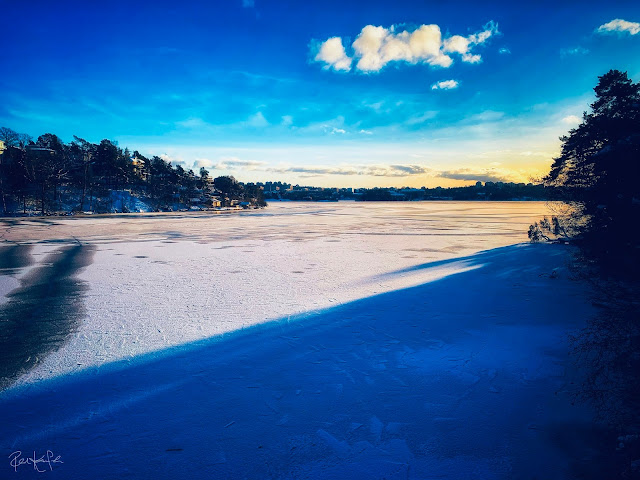 Albedo is a non-dimensional, unitless quantity that indicates how well a surface reflects solar energy. Albedo varies between 0 and 1. Albedo commonly refers to the "whiteness" of a surface, with 0 meaning black and 1 meaning white. A value of 0 means the surface is a "perfect absorber" that absorbs all incoming energy. Absorbed solar energy can be used to heat the surface or, when sea ice is present, melt the surface. A value of 1 means the surface is a "perfect reflector" that reflects all incoming energy. Albedo - Stockholm, Sweden Albedo generally applies to visible light, although it may involve some of the infrared region of the electromagnetic spectrum. You understand the concept of low albedo intuitively when you avoid walking barefoot on blacktop on a hot summer day. Blacktop has a much lower albedo than concrete because the black surface absorbs more energy and reflects very little energy. Sea ice has a much higher albedo compared to other Earth
Post a Comment
Read more

The Royal Palace of Stockholm 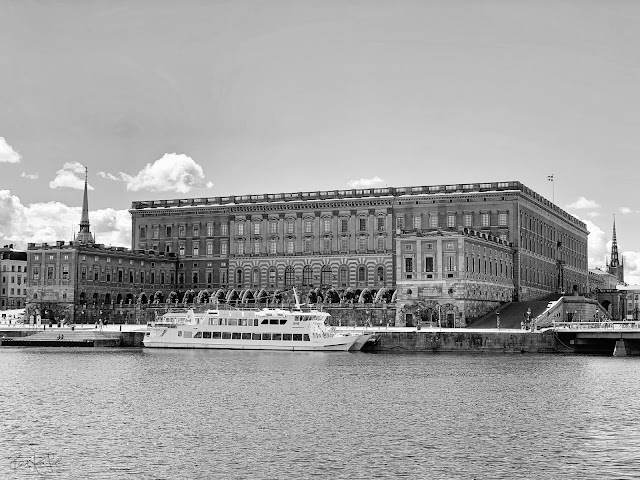 The Royal Palace of Stockholm stands proudly on Slottsbacken in the Swedish capital’s charming Old Town. Designed by master architect Nicodemus Tessin the Younger – this enormous jewel of a regal building was inaugurated in 1754. Tessin learnt his craft in France, Italy and England, where he studied architecture and landscape gardening for many years. A former pupil of Lorenzo Bernini, he drew heavily on the Baroque architecture of Rome – which explains why he decided to model The Royal of Palace of Stockholm on a Roman palace. The Royal Palace
Post a Comment
Read more 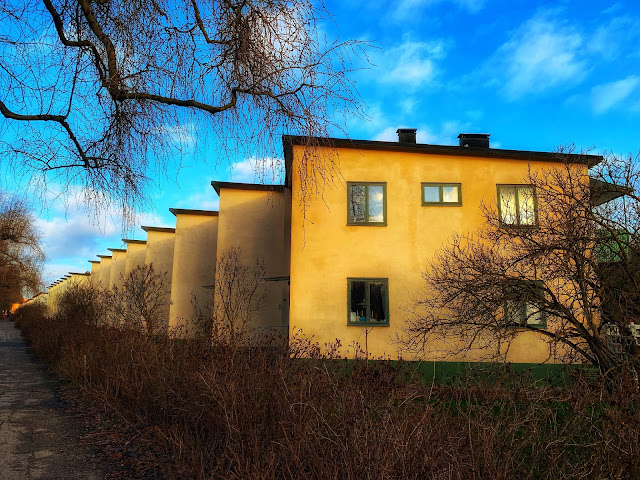 The functionalist-style townhouses were designed by architect Paul Hedqvist and built by Olle Engkvist in 1929-1932. They later became known as Per-Albinhusen after Engkvist’s friend, prime minister Per-Albin Hansson, who moved into Ålstensgatan 40 soon after they were built. Today the popular townhouses are listed buildings due to their national architectural importance. International functionalist architecture developed during the aftermath of World War I and was inspired by a need to build a better world for the growing population through highly functional housing. Functionalist structures typically feature identical mass-produced elements, cubic shapes, clean-lines and the use of basic raw materials. The genre was a major influence on Funkis architecture which became popular in Sweden in the 1930’s. Ålsten - Bromma
Post a Comment
Location: Bromma, Stockholm, Sweden
Read more
More posts